Roulette has always held somewhat of an iconic status at the casinos, and so it will come as no surprise to discover that it has retained its popularity in the online venues. Much of its appeal has to do with the simplicity of play, and it’s certainly true to say that it’s easy to grasp the basic premise. The wagers are placed on a number, or on a set of numbers, and then the wheel is spun to see where the ball will land. For players, one of the best features is the way that the rounds are clearly defined, as this means that any wins are paid out immediately. There is, however, a whole lot more to this game than might first appear.

There are, actually, three distinct categories of roulette – European, American, and French – and this remains the case in the online casinos. Each of these has differences in the style of play, and in the wagering options that are available. Naturally, each of the versions has different odds and RTP (return to player) rates as well.

Sorting Through the Various Betting Options

Although there are three different versions of roulette, the standard betting options remain the same at the online casinos. The inside bets are put directly on one or more of the numbers on the main grid. If a chip is placed on a corner or a row, then all of those numbers will be wagered on. The outside bets are for the boxes that are set around the grid. These include options such as wagering on red or black. You can also wager on a specific set of numbers. For instance, you can select 1-12 or 19-36, and if the ball lands on any of that grouping, you’ll be paid out.

Understanding the Race Track and the Call Bets 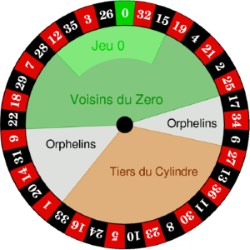 In the online casinos, there is a secondary betting table for roulette, which is known as the race track. This is used for placing bets on specific sets of numbers, such as a section of the wheel, and many players feel that this kind of grouping gives them the best chance of winning. These wagers are often referred to as ‘call’ or ‘announced’ bets, and the French game in particular has some very exotic-sounding names for them. The neighbor bets can usually be placed on the race track too.

The neighbor bet is a wager that is placed on five consecutive numbers on the wheel, and it is mostly found in the French or European version of the game. It is structured so that when one number is chosen, the two on either side of it are selected as well. For instance, if a stake is placed on 11, then 13, 36, 30, and 8 will all be included in the wager.

American roulette has its own version of neighboring bets, and this is known as the Five-Number Wager. In this scenario, you will be betting on five specific numbers – 00, 0, 1, 2, and 3. The house edge for this bet is 7.9%, which is exceedingly high. Regardless of this, it remains a popular wager amongst players, and so it is regularly included at the online casinos.

The Additional Rules for French Roulette

There are two additional rules in French roulette, and these dramatically alter the odds. Both of these come into effect if a wager has been placed on one of the evens boxes, such as red or black, and if the ball lands on zero. The first is En Prison and in this situation, half of your stake can stay on the table for the next spin. The second is La Partage, and with this, you will only forfeit half of your wager if you lose.

The Selection of Roulette in the Online Casinos

All of the leading software developers – and many of the smaller ones – include the three versions of roulette in their portfolios, and so these can be found at the majority of the online casinos. There are usually several variants listed too. These will follow the playing style of either the American, European, or French game, but they will each add their own twist. For example, in 3D Roulette, the graphics are enhanced, and in Multi Wheel, you can play with 8 different wheels at once. There are also the live dealer games, and these can take the sense of anticipation to a whole new level! 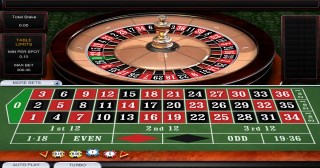 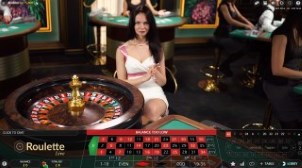 Why Roulette Has Retained Its Popularity

Roulette remains the first choice for many of the players at the online casinos. Each of the three versions has its own distinctive features, and this makes it easy to identify them when you’re browsing through the various websites. It’s good to play a few of the demo games to see which of the variants appeals most to you. However, when you’re making your choice, try to keep the return to player rates in mind. The differences in these are significant, and so this aspect is something that should be factored into your final decision.